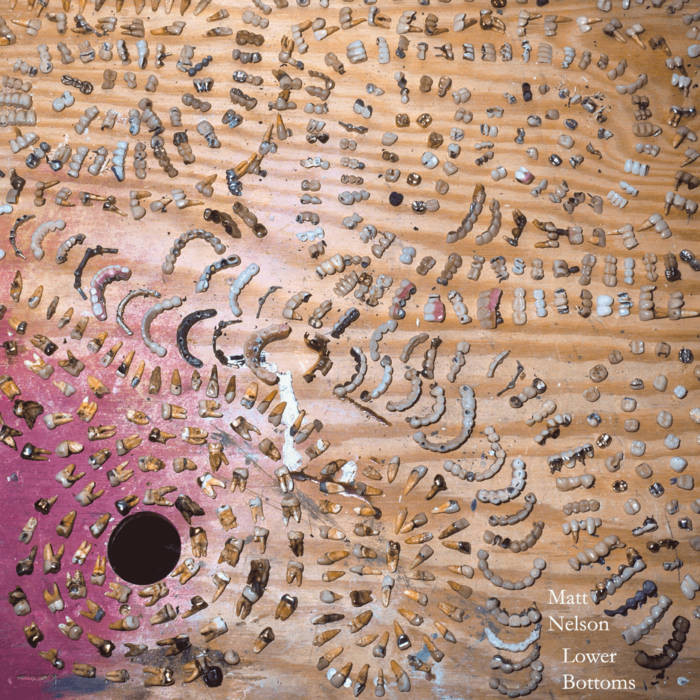 After several years spent refining his solo repertoire, Brooklyn-based saxophonist Matt Nelson found the inspiration to finally record his work in a likely place for a horn player - his throat. After learning that a tricky surgery to remove a tumor from his salivary gland could potentially leave him unable to perform, he quickly set out to begin recording an album that had long been in waiting. Luckily all went well and there has been no hinderance to his playing. But the suffocating sensation and weight of an inevitable drowning to the bottom, and the ability to let go and embrace the serenity and weightlessness that follow, are central to this music.

On his debut solo record, Lower Bottoms (Tubapede Records), Matt has relinquished varying degrees of control over his instrument and musical process. By separating out elements of technical mastery, a musical identity emerges that transitions from a form of aggressive and over-assertive creativity to something more closely resembling a conduit or shaman.
To create this effect, Matt employs numerous extended saxophone techniques along with a litany of guitar effects pedals, all run through a large 70's era Peavy combo amp. The sound of real-time feedback manipulation adds to the enveloping nature of the record, and also acts as an element of unpredictability in Matt's improvisations. By incorporating these sometimes uncontrollable electronic elements into his solo playing, he allows unique soundscapes to develop which can be at once lightly etherial and utterly brutal. Widely arched and subtly developing song forms are often marked by abrupt changes in texture brought about by the deft use of his unique setup. This is music to sink in.

Further adding to the album's submerged-but-present sound is the involvement and wizardry of ace engineer Eli Crews (Deerhoof, tUnE-yArDs, Nels Cline), with whom Nelson recorded and mixed the album live to quarter inch tape. It will be released as a digital download and as a vinyl LP with original cover art by Zachary Maricondia and a quote from Roberto Bolaño.