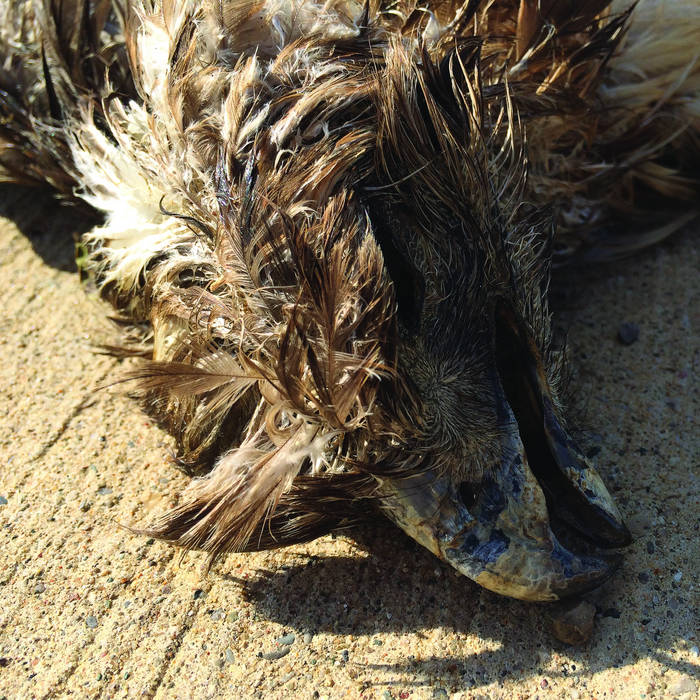 On her debut solo album, Taking Auspices, violinist Erica Dicker employs original compositions and improvisation to evoke desolate environments and postindustrial landscapes. The disintegrating remains of the abandoned coal mines and steel mills that formed the backdrop of Erica's early childhood in the German Ruhrgebiet provoke her imagination and are magnified by her fascination with ancient practices of augury and occultism. Stark and often brutal textures emerge through Erica's exploration of the geography of her instrument, a setting where improvisation is an act of divination and her superstitions yield themselves to musical structures. Each of the four pieces on Taking Auspices was inspired by a serendipitous event or encounter that changed Erica's perception of her environment and her relationship to it.

Taking Auspices was recorded and mixed by Sam Pluta. Recording took place at St. Stephen’s Church in Wilkes-Barre, Pennsylvania on May 10, 2016. The album was mastered by Colin Marston at The Thousand Caves Recording Studios and is released on Tubapede Records as a vinyl LP in a limited edition of 100. The jacket photograph is by Zachary Ridgway Barner with custom rubber stamp label made by John Casey.


A dynamic collaborator, Erica has served a variety of roles in numerous projects in spheres of both contemporary composition and improvisation. She is a founding member of the contemporary chamber music collective Till By Turning and a member of Kylwyria, a commissioning horn trio based in New York City. Erica is violinist in Katherine Young's Pretty Monsters as well as Vaster Than Empires, an electro-acoustic collaboration with composer and sound artist Paul Schuette and percussionist Allen Otte. She has premiered works for solo violin written for her by Olivia Block, Turkar Gasimzada, Ryan Ingebritsen, and Katherine Young. Erica is concertmaster of the Tri-Centric Orchestra, an ensemble founded to premiere and record the operas of Anthony Braxton. She has performed with Braxton’s Falling River Quartet and Diamond Curtain Wall Quartet at festivals in Belgium, Germany, Italy, Macedonia, Poland, and Turkey and appeared with the 12+1-tet at the 2012 Venice Biennale. Erica also writes about and curates performances of Braxton’s work, most recently for the International Contemporary Ensemble at the 2017 Ojai Music Festival.